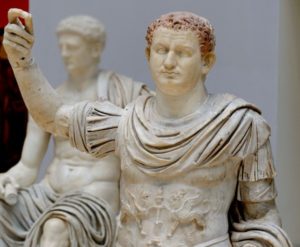 Titus was Roman emperor from 79 to 81 CE. On June 24, 79 CE Titus Flavius Vespasianus succeeded his father Vespasian (r. 69-79 CE) as emperor of the Roman Empire.

Prior to his ascension to the throne, he was considered by many as “…unpopular and venomously loathed,” yet after becoming emperor, “he became an object of universal love and adoration.

” Historians consider the abrupt change in the personality of the new emperor to be a true mystery.

Titus was born in a “small, dingy, slum bedroom close to the Seven-storey Tenement” in Rome on December 30, 39 CE during the reign of Emperor Caligula (37-41 CE). Historian Suetonius in his The Twelve Caesars described the adult Titus as being graceful and dignified as well as muscular and handsome.

He added “…the beauty and talents that had distinguished him as a child grew even more remarkable.” His family did not achieve any major prominence in politics until the reign of Emperor Claudius (41-54 CE) when Vespasian served prominently in the invasion of Britain.

This turn of events allowed Titus to receive the benefits of a court education. He learned to write poetry in both Greek and Latin, compose Greek tragedies, and play the harp.

He also benefited from a close friendship with Claudius’ son Britannicus and was present at the young heir’s death by poisoning – a death arranged by Claudius’ scheming wife Agrippina. In fact, Titus drank from the same cup as Britannicus, becoming sick himself.


Suetonius wrote, “Titus, who was reclining at the same table, is said to have emptied the glass in sympathy and to have been dangerously ill for some time.” Titus would later build several statues in memory of his childhood friend.

Under his leadership, the military murdered entire communities.

After completing his education, young Titus served as a military tribune in both Britain and Germany from 61 to 63 CE. He developed a natural aptitude “for the art of war and peace, handled arms and rode a horse as well as any man living.

” He left the military temporarily, serving as a barrister in the law courts “only because he enjoyed pleading cases, not because he meant to make a career of it.” At this time he married his first wife (the daughter of a former commander of the Guard), Arrecina Tertulla, who died shortly afterwards.

His next marriage to Marcia Furnilla, a marriage that produced a daughter, ended in divorce (for political reasons) when her family opposed Nero after the Piso Conspiracy of 65 CE. Although he would take a mistress, Queen Berenice of the Judean royal family, he would never again marry.

When the Roman populace failed to greet the queen warmly, Vespasian sent her home.

Titus’ return to the military brought his appointment as a commander of the Fifteenth Legion, serving under his father in the Jewish War (66-73 CE). Upon the death of Emperor Galba (69 CE), he worked to get his father in power.

When Vespasian became emperor on July 1, 69 CE, after the death of Emperor Vitellius, Titus took control of the Roman forces in Judea.

Cassius Dio wrote in his Roman History, “Titus, who had been assigned to the war against the Jews, undertook to win them by certain representations and promises, but, as they would not yield, he now proceeded to wage war upon them.”

While he may have been extremely popular with the army, the Jewish people, particularly those in Jerusalem, did not feel much love for the new Roman commander. Under his leadership, the military murdered entire communities.


He ordered the capture of the holy city of Jerusalem which was besieged for two years, leaving the inhabitants on the brink of starvation. Thousands of attempted escapees were crucified, and their bodies were left in full view of those remaining behind the walls.

In September of 70 CE, Titus’ troops finally entered Jerusalem, slaughtering its citizens and setting numerous fires. After the city was seized, all of the city’s walls – with the exception of one wall – were destroyed.

This served as a reminder to all that no wall could defend against the Roman army. The one section of remaining wall became the holiest location in all of Judea – the Wailing Wall.

In June 71 CE Titus returned to Rome and was immediately recognized as the heir apparent to his father. As his father’s assistant, he dictated letters, drafted edicts, and even delivered speeches to the Roman Senate.

On numerous occasions he served as consul and was named a commander of the Praetorian Guard by his father because after Galba’s death at the hands of the Guard, Vespasian recognized the need to appoint someone to the position he could trust.

Titus used the position to remove any person who opposed his father, even forging documents and letters (he was known to be able to copy anyone’s handwriting). He even called one man, Aulus Caecina, to dinner only to have him stabbed while he was on his way as it was a deemed a matter of “political necessity.

” Many in Rome viewed him as being both callous and cruel. “Actions of this sort … made Titus so deeply disd at the time that perhaps no more unwelcome claimant to the supreme power had ever won it.” Suetonius added, “It was even prophesied quite openly that he would prove to be a second Nero.”

On June 24, 79 CE Titus succeeded his father as emperor, and surprised almost everyone and his integrity would become legendary.

On June 24, 79 CE Titus succeeded his father as emperor and surprised almost everyone and his integrity would become legendary.

Cassius Dio attempted to explain his sudden change in character: “This may have been because he had really undergone a change, indeed, for men to wield power as assistants to another is a very different thing from exercising independent authority themselves.

” Un many of his predecessors who relied on information from informers to suppress conspiracies and plots, Titus disd them, having them whipped, clubbed and even sold into slavery. His brother Domitian, however, would renew the practice.

Although his reign was short, he was considered “naturally kindhearted” and although frugal, he was able to finish several community projects, for example, completing the Flavian Amphitheatre begun by his father and building new imperial baths. Unfortunately, tragedy struck his reign threefold shortly after ascending into power.

First of all, Mt. Vesuvius of Campania erupted and wiped out the neighboring cities of Pompeii and Herculaneum in August of 79 CE. Immediately, Titus toured the devastated areas, seeing to it that relief was provided.


However, while he was away viewing the devastation at Pompeii, a fire broke out in Rome that lasted three days and three nights, destroying an area from the Capitol to the Pantheon. He later said of the fire, “This has ruined me.”   Concerning the fire, Cassius Dio denied any possible human cause, saying it was of “divine origin.

” Although much of the rebuilding occurred under Domitian, Titus saw to the construction of a new Temple of Jupiter Optimus Maximus. He even stripped his own home of decorations and distributed them among the damaged temples and public buildings. The last catastrophe to strike his reign was a severe plague.

Suetonius wrote, “Titus attempted to control the plague by every imaginable means, human as well as divine – resorting to all sorts of sacrifices and medical remedies.”

In the summer of 81 CE he left Rome with his brother to the Sabine hills where his family had a villa. It was there that he suddenly came down with a fever, possibly malaria – some suspect Domitian of poisoning him. His brother recommended an ice bath, placing him in a snow-packed chest.

Domitian then left his brother, hurrying back to Rome where he sat waiting to claim the throne. On September 13, 81 CE Titus died and his final words were “I have made only one mistake.” No one is sure of its meaning – did he regret sleeping with his brother’s wife (she denied it), or as some believe, not killing his brother when he had the chance.

Dying at the age of 42, having served two years, two months, and twenty days as emperor, Titus was later deified.

This Article has been reviewed for accuracy, reliability and adherence to academic standards prior to publication. 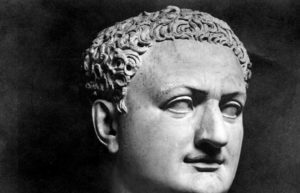 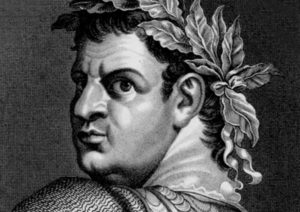 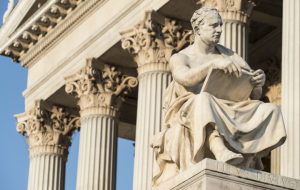 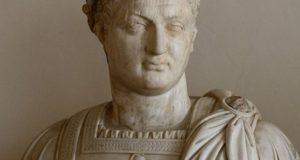 Prayer For Ministries That Support Orphans

Prayer For Understanding To Pray Into God’s Will

Prayer Of Thanks On My Birthday

To Be Equipped To Face The Future Alone
headings
×
Рекомендуем посмотреть