The Privilege of Fellowship

How elite colleges fail half of the poor students they admit 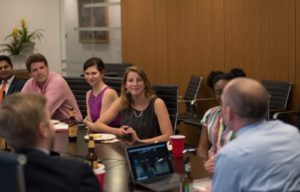 Sanders Theater at Harvard University. “Sanders Theatre” by andrewmalone is licensed under CC BY 2.0

America’s best universities — the Ivies as well as selective state colleges — have made a concerted effort to diversify their student bodies in recent years. In particular, they’ve opened the doors to more low-income students.

On the surface, that’s a good thing. More poor students in top universities means more opportunities for Americans to climb the social ladder. But a new book by Harvard professor Anthony Abraham Jack, called The Privileged Poor, argues that the recruiting tactics of these colleges are leaving a lot of people behind.

According to Jack, the culture on elite campuses is shaped by wealth and privilege, and most of the students who attend these school are prepared for it before they arrive. They attend prep schools or expensive boarding schools and they have a clear sense of how to navigate the environment.

And that’s the problem: Jack estimates that roughly 20 percent of poor kids are able to attend an elite private school. A fraction of those students are people of color.

So on paper, universities are opening the doors to more low-income students, but the reality is that these schools are “hedging their bets,” in Jack’s words, in ways that undercut the whole point of diversification: to increase social mobility for more people.

In addition to that, for those low-income students who do make it into a Harvard or a Yale and weren’t able to addend a private school (Jack calls these students the “doubly disadvantaged”), they’re propelled into a completely foreign environment that creates all sorts of barriers to academic success.


I spoke to Jack about the consequences of these diversification policies and what universities can do to truly level the playing field for students. A lightly edited transcript of our conversation follows.

The phrase “privileged poor” will strike a lot of readers as oxymoronic. What do you mean by this?

The privileged poor is my attempt to get people to question what they take for granted, especially about class and culture in higher education. The privileged poor are lower-income students who were lucky enough to attend boarding schools or preparatory high schools before coming to college.

When we think about poor students, we think about those who come from poor neighborhoods and poor high schools, and the idea is that they experience culture shock and alienation when they get to an elite college.

Part of this is because of the reality of being poor in America. But there’s also a fascination with telling a poverty-stricken sob story about a person or people in a place. But we forget about those individuals who get scholarships to these prep schools at an early age and then transition to college. 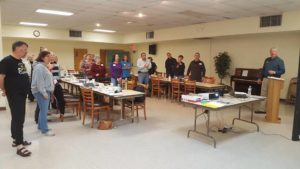 One of the most familiar and well-loved verses in the Bible is 1 John 1:9. However, sometimes after confessing our transgressions, we discover that we still feel guilty or find ourselves repeating a particular sin. Why wasn’t our conscience quieted or our behavior changed? Confession seems so simple, but do we really understand what it means and what it accomplishes?

Let’s begin by reading 1 John 1:8-10, 1 John 2:1-2. In order to comprehend the full meaning of confession, we must examine the context of this passage.

My little children, I am writing these things to you so that you may not sin. And if anyone sins, we have an Advocate with the Father, Jesus Christ the righteous; and He Himself is the propitiation for our sins; and not for ours only, but also for those of the whole world.

• The word advocate used in 1 John 2:1 is a translation of the Greek term paraklētos, which literally means “called to one’s side.” It was used to denote a person who intercedes for a defendant or who pleads someone else’s cause.

Who is given the privilege of confession?

The pronouns we, us, and our are used 17 times in these five verses, signifying that John was writing to believers. An unbeliever cannot expect to be forgiven simply by confessing his or her sin, because the basis for God’s forgiveness is Christ’s death as payment for sin, not merely someone’s request.

Why are we told to confess our sins?

Before we can tackle this issue, let’s draw a distinction between relationship and fellowship with God.

• “In confession, there occurs a breakthrough to new life. The break with the past is made when sin is hated, confessed, and forgiven. ‘Everything old has passed away.’ But where there is a break with sin, there is conversion. Confession is conversion.”—Dietrich Bonhoeffer

• Relationship with God begins at salvation and refers to our position of “sonship.” It brings complete and eternal forgiveness of all our sins.

• John describes Jesus as “the propitiation for our sins” (1 John 2:2), but what does that term mean exactly? To propitiate means “to gain or regain the favor or goodwill of; appease,” and that is what He does for us each and every day of our life.

• Fellowship refers to our daily walk with the Father, as His children. We don’t cease being sons or daughters when we transgress, but sin hinders our fellowship and enjoyment of Him.

John is dealing with the issue of fellowship in this passage. He points out in 1 John 1:5-8 that we cannot mix light and darkness and expect to have fellowship with our Father. In fact, Isaiah tells us that our iniquities separate us from God and our sins hide His face from us (Isa. 59:2). The only remedy that makes our restoration to God possible is confession (1 John 5:9).

• What is confession? The Greek word is homologeō, which means “to speak the same thing.” It’s having the same perspective God has about our sin, acknowledging that we have violated His law. In confession, we assume full responsibility for our failing and name it specifically.

• When are we to confess? Confession is to be made immediately upon conviction by the Holy Spirit. If we delay and let our sins accumulate, we may experience the Father’s loving but painful discipline. In Psalm 32, David describes the Lord’s heavy hand upon him when he resisted confession, and the blessings that came when he finally acknowledged his sin.

• “Petition, asking for things, is a small part of [prayer]; confession and penitence are its threshold, adoration its sanctuary, the presence and vision and enjoyment of God its bread and wine.”—C.S. Lewis

• How are we to confess? We don’t have to beg and plead with God but should come to Him in faith, believing that He will forgive and cleanse us.

The apostle John mentions two of His attributes as proof: First, God is faithful and can be trusted to do what He’s promised, and second, He is just in forgiving and cleansing us, because Christ is our Advocate, who paid for our sin in full (1 John 1:9; 1 John 2:1).

• Do you see confession as a privilege, or is it something you dread? Why do you feel this way? How would seeing it as a refreshing spiritual cleansing affect your perspective? What blessings come from confession?

• Do you ever struggle to accept God’s forgiveness? Where’s your focus when you hang on to your guilt? How would focusing on the Lord help you believe that you’re forgiven and cleansed?

Prayer for Mother in Surgery

The Perfect Power Of Christ – In Me

The Perfect Power Of Christ – In Me
headings
×
Рекомендуем посмотреть