Prayer Changes Things. Right? Or Does It? 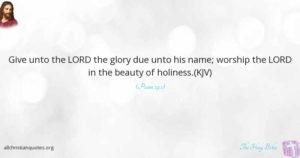 I mean, prayer changes things, right? After all, that’s what prayer is. We present our requests to God and he responds. God answers prayer. We’ve known this since Sunday school.

But it also raises some sticky questions. , does God change his mind? If God responds to prayer, does that mean he alters his sovereign plan in response to our requests? Or is God the ultimate chess player – a Kasparov on steroids – answering prayers by outsmarting the devil, the universe, fate, karma, or whatever else he has to outsmart?

To prevent us from drifting into heresy or having our brains explode from exhaustion, let’s look at the Scriptures.

Prayer Does NOT Change Things

In one sense, prayer doesn’t change things. God really is sovereign, and he rules the past, the present, and the future. One common heresy (“open theism”) is that God doesn’t know the future and only responds to it a chess player.

Scripture is pretty clear that this isn’t the case. God knows the future (the word “future” doesn’t really apply to God since he is omnipresent, but you get the point).

Throughout the Old Testament, God routinely told the people of Israel EXACTLY what would happen. In Jeremiah 25:11-12 God spoke to Israel through Jeremiah, telling them that they would be exiled to Babylon:

This was foreordained by God. It wasn’t a mystery to him. He wasn’t hoping that Nebuchadnezzar would invade Israel. It wasn’t on God’s life-goals list.

It was a sure thing, set in stone, absolutely going to happen.

God isn’t the ultimate project manager, trying to juggle the lives of 7 billion people as they make their choices apart from his sovereign plan. He has planned and ordained history, and he knows precisely what will happen.

My prayers don’t change the wise, good, sovereign plan of the King.

But in another sense, prayer really does make things happen. Scripture is clear that God wants us to pray and that he really and truly does respond to our prayers.

Scripture makes it clear that prayer changes things. In James 5:13-15, it says:

Is anyone among you suffering? Let him pray. Is anyone cheerful? Let him sing praise.Is anyone among you sick? Let him call for the elders of the church, and let them pray over him, anointing him with oil in the name of the Lord. And the prayer of faith will save the one who is sick, and the Lord will raise him up. And if he has committed sins, he will be forgiven.

The logic here is pretty simple. If you’re sick, call the elders to pray for you and God will hear and answer that prayer. On the flip side, if you don’t pray the prayer will not be answered.

When Solomon dedicated the temple, he prayed:

Now, O my God, let your eyes be open and your ears attentive to the prayer of this place (2 Chronicles 6:40)


Our Father wants us to pray. He loves when we come to humbly with our requests. He’s a good God who loves to bless his children, and he really and truly does respond to our prayers of faith.

My heart has no deeper conviction than this, that prayer is the most efficient spiritual agency in the universe, next to the Holy Ghost.

God isn’t a sadistic freak who loves to manipulate our emotions. He’s a good God who invites his children to pray.

Let’s acknowledge that we don’t know how these things work together.

God’s complete sovereignty and my free will and responsibility don’t really make sense to me. I can’t logically reconcile them. When I do try to reconcile them, I usually end up reducing things to heresy.

My Western, Enlightenment-influenced brain doesn’t mystery. It makes me feel uncomfortable. Sometimes I think that if I can’t explain something it must not be true.

God is God. He is infinitely above me, and his ways are most certainly NOT my ways. How could I possibly think that I could comprehend the workings of the One who sustains all things by the power of his word. I can barely change the locks on my front door, let alone understand how God works.

I know two things, and both give me immense comfort.

NUMBER ONE: My good God rules, controls, and ordains all things for my good and his glory.

NUMBER TWO: God invites me to pray to him and promises to respond to my prayers.

That’s enough for me.

10 Awesome Bible Verses About the Power of Prayer 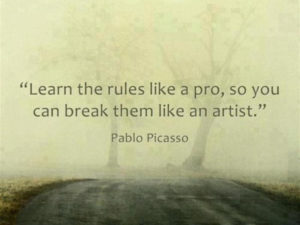 Who is your source of power? This list of awesome power of prayer Bible verses is meant to encourage you today. I pray that you read through these Bible verses and then take them to God in prayer.

For a great Christian song check out the video to the right Shout to the Lord by Darlene Zschech.

Matthew 21:22 And whatever you ask in prayer, you will receive, if you have faith.”

Mark 11:24  Therefore I tell you, whatever you ask in prayer, believe that you have received it, and it will be yours.

John 14:13-14 Whatever you ask in my name, this I will do, that the Father may be glorified in the Son. If you ask me anything in my name, I will do it

This list of awesome power of prayer Bible verses is meant to encourage you today.

Mark 9:29  And he said to them, “This kind cannot be driven out by anything but prayer.”

Acts 9:40 But Peter put them all outside, and knelt down and prayed; and turning to the body he said, “Tabitha, arise.” And she opened her eyes, and when she saw Peter she sat up.

James 5:14-16 Is anyone among you sick? Let him call for the elders of the church, and let them pray over him, anointing him with oil in the name of the Lord.

And the prayer of faith will save the one who is sick, and the Lord will raise him up. And if he has committed sins, he will be forgiven. Therefore, confess your sins to one another and pray for one another,that you may be healed.

The prayer of a righteous person has great power as it is working.

Ephesians 6:18 praying at all times in the Spirit, with all prayer and supplication. To that end keep alert with all perseverance, making supplication for all the saints,

Philippians 4:6-7 do not be anxious about anything, but in everything by prayer and supplication with thanksgiving let your requests be made known to God. And the peace of God, which surpasses all understanding, will guard your hearts and your minds in Christ Jesus.

Prayer is a shield to the soul, a sacrifice to God, and a scourge for Satan. ~ John Bunyan

The fewer the words the better prayer.  ~ Martin Luther

Prayer is an effort of will.  ~ Oswald Chambers

Our prayer and God’s mercy are two buckets in a well; while one ascends, the other descends.  ~ Arthur Hopkins

If sinners be damned, at least let them leap to Hell over our bodies. If they will perish, let them perish with our arms about their knees. Let no one go there unwarned and unprayed for.  ~ Charles H. Spurgeon

It is because of the hasty and superficial conversation with God that the sense of sin is so weak and that no motives have power to help you to hate and flee from sin as you should. ~ A.W. Tozer

Prayer is not monologue, but dialogue. Gods voice in response to mine is its most essential part. ~ Andrew Murray

Don’t pray when you feel it. Have an appointment with the Lord and keep it. A man is powerful on his knees. ~ Corrie Ten Boom

Prayer is the acid test of devotion. ~ Samuel Chadwick

My prayer for you today is that you take these Bible verses you just read and do something with them. Too often we just take information in and then move on to the next project or thing. Use these awesome Bible Verses and put them into action by being obedient to what they teach!

Would you to get the daily question in your messenger? Just click the button below to get started.

Prayer For A Friend Facing Surgery

Prayer For Attitude Of Gratitude

Prayer For My Wife’s Surgery

Prayer For A Mother Giving Birth

Prayer For My Sister’s Health and Healing

Prayer Of Protection From Satan