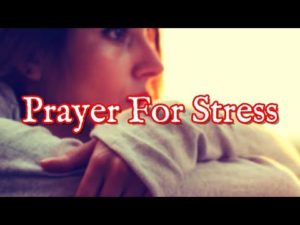 Over the course of dozens of studies, Frank Fincham has compiled an impressive list of ways that prayer and forgiveness make a difference.

Frank Fincham, who holds an endowed chair of the Florida State University College of Human Sciences, is a former Rhodes Scholar with an Oxford doctorate and a long track record of insightful study of relationships, religious practice, and health. In 2011 he was the recipient, as director of the FSU Family Institute, of a $1.

13 million, four-year grant from the John Templeton Foundation to investigate the ways that prayer and forgiveness affect relational well-being and physical health.

The results — in the form of the accumulated outcomes of dozens of studies and reviews — provide compelling evidence that prayer for one’s partner and the cultivation of forgiveness has quantifiable benefits.

I SAY A LITTLE PRAYER FOR YOU

Petitionary prayer — praying for the needs and desires of someone else — is the focus of several studies that Fincham and various co-authors worked on for this grant.

Studying relationship pairs including both romantic couples and close friends, Fincham’s team found that praying for one’s friend or partner increases interpersonal trust and relational unity and correlates with a greater sense of satisfaction with the sacrifices inherent in any relationship, along with fostering greater capacities for cooperation and forgiveness.

Most of the results Fincham was able to measure related to the person who did the praying — fitting with the theory that other-focused prayer was helping to change their internal thought processes. But in some of the studies, having a partner who prayed was also associated with the other partner also having greater feelings of commitment in the relationship.


Many of Fincham’s prayer studies focused on a narrow set of variables, but in one investigation Fincham and his colleagues examined a web of potential associations between four measures (relationship satisfaction, prayer for one’s partner, physical health, and psychological health) and three established correlations with feelings of loneliness (insecure attachment, relational infidelity, and psychological health). Although they did not find that prayer for one’s partner mediated the correlations in the ways they had hypothesized, Fincham did show that participants who prayed for their partners experienced fewer feelings of loneliness.

BREAKING THE CYCLE OF VIOLENCE

Recent social science has suggested that children who witness domestic violence between their parents are more ly to experience it — as either transgressor or victim — as an adult. Fincham and his colleagues  looked at the ways that an attitude of forgiveness — considered as a personality trait rather than as forgiveness for any one transgression — might help break that cycle.

Fincham’s research found that the ability to forgive one’s mother (for unspecified transgressions) seemed to reduce the lihood of “intergenerational transmission” of violence in three of the four possible pairings of roles (perpetrator and victim, parent and offspring). The only scenario where a forgiving attitude did not seem to help was when the father perpetrated the initial violence and the offspring later became a domestic violence victim.

A forgiving outlook may be able to help someone avoid metaphorical heartbreak, but what about the health of their actual heart? Here again, Fincham has had a hand in a number studies about the way that “trait forgiveness” — as well as “trait anger” — might be correlated with cardiovascular health.

True to the stereotype of a fuming boss who suddenly keels over from a heart attack, generally angry people were found to have worse cardiovascular health, while generally forgiving people showed better outcomes.

Interestingly, for people who were generally angry and forgiving, the presence of forgiveness was still correlated with good outcomes, despite the anger.

Stress is an obvious candidate for the mediating factor in these relationships — since angry people experience higher stress, and high stress is known for its negative cardiovascular effects. Even in situations of experimentally induced stress — having one hand submerged in near-freezing water — the trait-forgiveness cohort showed healthier cardiovascular responses.

As is the case with much psychological research, Fincham’s research subjects have consisted largely — though not entirely — of undergraduates based near his university, so more work will be needed to show that the same results would be found in a more diverse population. Fincham has also identified additional opportunities to expand the scope of the research to look at whether, for instance, an orientation towards gratitude might have similar correlations to those observed with forgiveness.

Fincham’s results cannot be said to prove that prayer and forgiveness “work” in a supernatural sense. But they certainly suggest that in the aspects of the world that psychologists can measure, there are clear benefits to a praying and forgiving life.