Prayer For Our Own Nation

‘Prayer For The Nation’ Falsely Attributed to Billy Graham 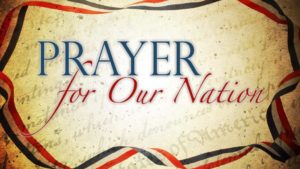 Circulating message features a “Prayer For The Nation” that it claims was penned by American Christian evangelist Billy Graham who died in February, 2018.

The prayer is not the work of Billy Graham, nor is it recent.  In fact, Pastor Bob Russell of Southeast Christian Church wrote the prayer in 1995. The prayer gained more popularity after Pastor Joe Wright delivered it in January 1996 while speaking to the Kansas House of Representatives in Topeka.

Billy Graham’s Prayer at 95 yrs old. From a man the media has never been able to throw dirt on…..amazing! He has certainly hit the “world” on the head!

Billy Graham’s Prayer For The Nation

THIS MAN SURE HAS A GOOD VIEW OF WHAT’S HAPPENING TO OUR COUNTRY!

‘Heavenly Father, we come before you today to ask your forgiveness and to seek your direction and guidance. We know Your Word says, ‘Woe to those who call evil good,’ but that is exactly what we have done. We have lost our spiritual equilibrium and reversed our values. We have exploited the poor and called it the lottery.

We have polluted the air with profanity and pornography and called it freedom of expression. We have ridiculed the time- honored values of our forefathers and called it enlightenment. Search us, Oh God, and know our hearts today; cleanse us from sin and set us free.

Amen!’
With the Lord’s help, may this prayer sweep over our nation and wholeheartedly become our desire so that we once again can be called ‘One nation under God!’


Think about this: If you forward this prayer to everyone on your e -mail list, in less than 30 days it would be heard by the world.(It’s worth a try!)

What is true for America is true for many parts of the world.  We should be praying the same prayer for our own nation.

According to this message, which is circulating via email and social media, 95 year old US Christian evangelist Billy Graham has penned a compelling “Prayer for the Nation” which discusses his views of what is happening in the United States and the world in general.

The message asks recipients to share the prayer with everybody on their contact list and suggests that, if everybody shared as asked, the message would be heard by the entire world within thirty days.

Many recipients may agree with the opinions expressed in the prayer. But, there is more to the story.

Billy Graham did not pen the prayer, at 95, or at any other age. In fact, Pastor Bob Russell of the Southeast Christian Church wrote the original version of the prayer. On his website, Russell explains:

In 1995 I wrote a prayer of national repentance and offered it at the Kentucky Governor’s Prayer Breakfast in Frankfort Kentucky. The prayer was adapted by Joe Wright and presented as the prayer to open the Kansas House of Representatives in 1996.

The article also includes a transcript of the original prayer. The version delivered in 1996 by Pastor Joe Wright can still be viewed on an archived copy of the CentralCC.org website, along with the following caption:

This is the text of the original prayer delivered January 23, 1996 by Pastor Joe Wright to the Kansas House of Representatives in Topeka.

The Billy Graham version of  the prayer gained momentum back in 2013 possibly because  news reports  at the time discussed Graham’s “final sermon” video in which he talks about the spiritual state of the nation and raises concerns about the nation’s future.


And, the message began circulating once again soon after Billy Graham died in February, 2018.

Whenever I publish an article that discusses a falsely attributed piece of writing such as this, many people offer the opinion that it doesn’t matter who wrote it and it should be forwarded anyway.

But, regardless of how much you might agree with the opinions expressed in a message, sending it on as the work of another is not fair to the original author. In this case, it is not fair that Pastor Bob Russell is not acknowledged as the real author. And, for that matter, it is not fair to put words into the mouth of Billy Graham either.

So, if you do feel the need to send on this message, why not take the time to properly attribute it before hitting the “Forward” or “Share” button?

Prayer That Changes a Nation 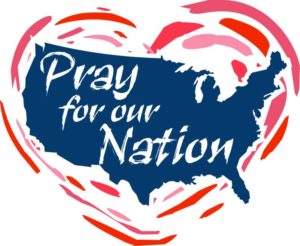 Our nation needs change. We are imploding morally and spiritually.

While we know we need to pray and we are assured that God’s blessing is conditioned on our prayers, how effective are our petitions? Do we really know how and what to pray?

Get your own subscription, or renewal, or bless someone by giving Decision Magazine as a gift.
Subscribe Now

When I lack words in prayer, or thoughts about how to pray, I often turn to Scripture and use the words or patterns found in the prayers of others.

One prayer I have used in pleading for America is the prayer that the prophet Daniel prayed long ago for his nation.

Compelled by problems in the world

Compelled by problems in the Word

What conclusion can you draw from this Bible study about the importance of praying for America? your prayers, how ly is it that God will bless America?

Father, while we have been pointing our fingers at the sins of others, we feel the intense, fiery gaze of Your holiness directed at us—Your people. We choose now to humbly bow at the foot of the cross, seek a fresh vision of who You are, and pray.

Our hearts are broken and contrite for our own sin and that of our nation. As we specifically confess “our” sin, we ask that You would hear our prayer, forgive our sin, and please, dear God … bless America. For the glory of Your Name, Amen.

Do you really live in the truth that God makes a way where there seems to be none? This is a truth that at times evaded Abraham himself, the epitome of faith. This is the same man who trusted God enough to be ready to give us the answer to his prayer, the means to his promise in the form of Isaac.

Abraham understood that he served a God of means. He served a God whose ways are above ours. You don’t need to understand how he will do it, but to believe that he can and that he will. Let these prayer points for nations bring change into your sphere.

I challenge you to pray for nations with conviction. Approach the throne of grace with boldness. God will show up and show off on our behalf.

Father may your glory be seen in this. Every voice that is raised to the heavens, let it be in unison of spirit. Accept these prayers as a fragrance of humility and trust in you. Show your glory in our nations. Raise nations after your own heart. In the mighty name of Jesus. Amen.

1 Timothy 2:1-3 I exhort therefore, that, first of all, supplications, prayers, intercessions, and giving of thanks, be made for all men; For kings, and for all that are in authority; that we may lead a quite and peaceable life in all godliness and honesty. For this is good and acceptable in the sight of God our savior.

1 Chronicles 13:1 And David consulted with the captains of thousands and hundreds, and with every leader.

Jeremiah 29:7 And seek the peace of the city whither I have caused you to be carried away as captives, and pray unto the LORD for it: for in the peace thereof shall ye have peace.

Romans 5:5 And hope maketh not ashamed; because the love of God is shed abroad in our hearts by the Holy Ghost which is given unto us.

Mark 16:15 And he said unto them, Go ye into all the world, and preach the gospel to every creature.

Romans 13:13 Let us walk earnestly, as in the day; not in rioting and drunkenness, not in chambering and wantonness, not in strife and envying.

Thank you for using these prayer points. We encourage you to share them with other believers. We also have other prayer resources available for download, as well as a free prayer course that you should consider taking. Send us an email if you would to partner with us.

Prayer For Grace To Forgiven As Christ Forgave

Prayer For Help With My Smoking Addiction

Prayer Of Thanks For My Work Colleagues

A Prayer To ‘Be Holy As God Is Holy’

Prayer For Perseverance In This Life