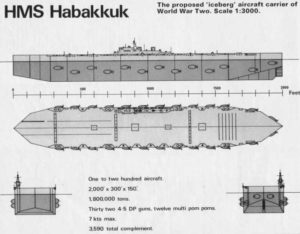 Previous (Haakon IV of Norway)Shrine of Habakkuk in Toyserkan, Iran.

He was the eighth of the twelve minor prophets and the author of the eponymous prophetic book that bears his name. Though little concrete biographical data is available, it appears that he was active around the turn of the sixth century B.C.E.

, where he offered an impassioned theological plea for God to defend the Israelite nation against the marauding Babylonians.

In addition to the general importance of the text for Christian and Jewish theologians, the prophet's life is commemorated by Iranian Muslims and Jews, who believe that his final resting place is found in Hamedan province, and the Eastern Orthodox Church, who celebrate his feast day on December 2nd.

The etymology of the name «Habakkuk» is not clear, though it is possibly related to the Akkadian khabbaququ (the name of a fragrant plant) or the Hebrew root חבק, meaning «embrace.» The article in the Catholic Encyclopedia provides additional philological details:

In the Hebrew text (i,1; iii, 1), the prophet's name presents a doubly intensive form Hàbhàqqûq, which has not been preserved either in the Septuagint: Ambakoum, or in the Vulgate: Habacuc. Its resemblance with the Assyrian hambakûku, which is the name of a plant, is obvious. Its exact meaning cannot be ascertained: it is usually taken to signify «embrace» and is at times explained as «ardent embrace,» on account of its intensive form.[1][2]

This convoluted etymology (and the unusual nature of the name itself) has caused some scholars to speculate that it may in fact be a pseudonym.[3]

The prophet Habakkuk is a largely enigmatic figure, discernible only through the oblique hints offered by the text itself: a document that consists of five oracles about the Chaldeans (Babylonians) and a song of praise to God. Since the Chaldean rise to power occurred ca 612 B.C.E.

, it is assumed he was active about that time, which would make him an early contemporary of Jeremiah and Zephaniah. Jewish sources, however, do not group him with those two prophets, who are often placed together, so it is possible that he was slightly later than they.

Indeed, textual and historical evidence places the prophet in «Judah in the first part of the Babylonian crisis, from around 608 to 598 B.C.E.» [4] In a similar vein, recent scholarship by William L. Holladay suggests that the initial prophetic portion of the text can be fairly precisely dated to November/December 601 B.C.E.

, as it describes both a drought (which is corroborated in Jeremiah 14) and a public recitation of the Torah (a septennial process that can be backdated from the time of King Josiah).[5]

In terms of Habakkuk's station, many scholars suggest that he was a temple prophet, a representative of the organized Hebrew cult of the day. Koch summarizes the evidence for this position:

Habakkuk is one of the few literary prophets who is actually introduced as nabi [prophet] in the book's title. This probably means that he was an institutionalized cultic prophet. This fits in with remarks scattered throughout the book—for example that Habakkuk went up to a watchtower (in the temple?) in order to keep a look-out for a vision, and that Yahweh answered him there (2.1); or that his whole body trembled during his ecstatic reception of the word (3.16). In addition, the essential components even of his social criticism suggest that this belonged within a liturgical framework (cf. 1.2-11).[6]wise, the Jewish Encyclopedia argues that he was a traditionally seen as a Levite, «on the strength of the postscript to ch. iii. (verse 19, «on my stringed instruments»), which indicates that he owned instruments: only a Levite was authorized to use an instrument to accompany his songs in the Temple.»[7]


A certain insight into the character of the prophet can be gleaned from the contents of the book itself.

In addition to his obvious passion for his homeland and his evident poetical abilities, Habakkuk is unique among the prophets in that he openly questions the wisdom of God.

For instance, the first part of the first chapter sees the prophet crying out against injustice with the following lament:

How long, O Lord, must I call for help,but you do not listen?Or cry out to you, «Violence!»but you do not save?Why do you make me look at injustice?Why do you tolerate wrong?Destruction and violence are before me;there is strife, and conflict abounds.Therefore the law is paralyzed,and justice never prevails.The wicked hem in the righteous,so that justice is perverted (Habakkuk 1:2-4 (NIV)).

This confrontational stance is relatively unique in the prophetic corpus and would seem to imply either tremendous confidence in his relationship with the Divine or a galling amount of hubris.[8]

Finally, it must be noted that an Iranian biographical tradition exists, which claims that Habakkuk was a guardian of the Temple of Solomon who was captured by the Babylonians and detained in their prison for some years. After being freed by Cyrus the Great, he is thought to have traveled to Ecbatana, where he remained until his death.[9]

In addition, the prophet Habakkuk is also a secondary character in the story of Bel and the Dragon, a deuterocanonical postscript to the Book of Daniel. In it, God is utilizes the prophet as an instrument of his will, miraculously commanding him to offer sustenance to the book's beleaguered titular character:

Now there was in Judea a prophet called Habacuc [Habakkuk], and he had boiled pottage, and had broken bread in a bowl: and was going into the field, to carry it to the reapers.And the angel of the Lord said to Habacuc: Carry the dinner which thou hast into Babylon to Daniel, who is in the lions' den.And Habacuc said: Lord, I never saw Babylon, nor do I know the den.And the angel of the Lord took him by the top of his head, and carried him by the hair of his head, and set him in Babylon over the den in the force of his spirit.And Habacuc cried, saying: O Daniel, thou servant of God, take the dinner that God hath sent thee.And Daniel said: Thou hast remembered me, O God, and thou hast not forsaken them that love thee.And Daniel arose and ate. And the angel of the Lord presently set Habacuc again in his own place (Daniel 14: 32-38).

In the superscription of the Septuagint version of this account, Habakkuk is called «the son of Yeshua [Joshua/Jesus] of the tribe of Levi.»[10] Another later reference to Habakkuk can be found in the non-canonical Lives of the Prophets that accompanied many early recensions of the Christian Bible. In this account, the prophet's lineage is discussed and the Bel and the Dragon episode (mentioned above) is alluded to:
Habakkuk was from the tribe of Simeon the field of Beth-Zouxar. He foresaw the destruction of Jerusalem, prior to the captivity, and mourned exceedingly. When Nebuchadnezzar came to Jerusalem, he fled to Ostrakine and dwelt in the land of Ishmael. When the Chaldeans retired, and those who remained in Jerusalem (went down) to Egypt, he dwelt in his own land and ministered to the reapers of his field. As he took up the food, he prophesied to his family saying: «I am going to a distant land and will return swiftly; if I delay, carry out (the food) to the reapers.» And after he had been in Babylon and had given the meal to Daniel, he stood beside the reapers as the ate and spoke with no one of what had happened. And he understood that the people would return yet more swiftly from Babylon. And he died two years before the return and was buried alone in his field.[11]

However, given the relatively late compositions of these apocryphal tales, there is no reason to assume the veracity of any biographical information contained in them.

In addition to the plethora of Jewish rabbis and Christian theologians who have made use of the Book of Habakkuk in their sermons, exegeses, and doctrinal rulings, the historical figure of Habakkuk has, in and of himself, been revered in a number of different contexts. First, his final resting place is thought (by some) to be found in the city of Toyserkan (Western Iran), where an imposing conical mausoleum has been build to honor his memory. As noted in the Encyclopedia Iranica, «the tomb of Habaquq [Habakkuk] is sacred to both Jews and Muslims and many stories are told by locals about the miracles performed by this prophet for members of both communities.»[12] The spiritual prestige of the site is such that it is a popular pilgrimage destination for many residents of the province.

Also, his life is commemorated by various Communions of Eastern Christianity, including the Eastern Orthodox Church, who celebrate his feast day is December 2nd, and the Armenian Apostolic Church, where he (and the other Minor prophets) are feted on the 31st of July.

) but would ly have followed the Babylonian advances against the Assyrians and Egyptians in 604. Thus, he dates the text (or at least this particular section) to «605-604 B.C.E., the fifth year of the reign of Jehoiakim, king of Judah, whose corrupt regime is described in 1:2-4» (626). In contrast, see Hirsch (2002).

Hiebert offers a cautionary note to those making this assertion, suggesting that «the problem of believing in the ultimate power of justice in an unjust world is such a basic one that it transcends particular social locations and political crises (627).

This article incorporates text from the 1901–1906 Jewish Encyclopedia, a publication now in the public domain. 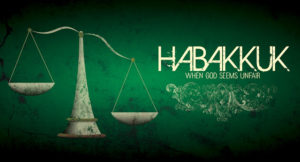 A Prayer of Preparation For My Job Interview

For Rain In Its Season

Discernment In The Midst Of Deception

Have Mercy on my Unsaved Husband

Guide Me Through All Of Life’s Obstacles

Grief Due To Loss Of A Loved One
headings
×
Рекомендуем посмотреть

Have Mercy on my Unsaved Husband

Guide Me Through All Of Life’s Obstacles