For the President of the United States. 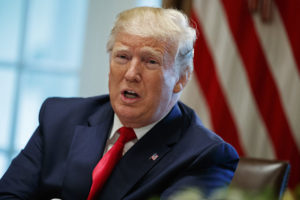 The 45th and current president of the United States is Donald J. Trump. He was sworn in on January 20, 2017.

State of the Union Address

The Constitution requires the president to give Congress a State of the Union, which is a report that addresses a president's legislative proposals and other plans for the country. There is no requirement stating what form or how often the report occurs; however, it normally occurs annually in the last week of January.

The president does not have a public direct telephone number. You can contact the White House by submitting your comments or questions online.

The 48th and current vice president of the United States is Michael R. Pence. He was sworn in for a four-year term on January 20, 2017.

The vice president does not have a public direct telephone number. You can fill in an online form with comments.

The Smithsonian Institution's National Museum of American History in Washington, DC, features a First Ladies exhibition, one of the museum's most popular attractions. Its virtual First Ladies interactive tour provides a visual experience of the First Ladies' gowns and other artifacts.

The current First Lady of the United States is Melania Trump.

Information on former presidents is available from the Library of Congress.

You can send mail and sometimes email to some of the living former U.S. presidents:

To contact former President Bill Clinton, send a letter to:

When sending letters to former presidents, the proper form for addressing the envelope is:
The Honorable (president's name)

The proper form for the salutation in the letter is:
Dear Mr. (president's last name)

Learn about presidential libraries and museums.

If the President of the United States is incapacitated, dies, resigns, is for any reason unable to hold his/her office, or is removed from office, he/she will be replaced in the following order:


An election for president of the United States happens every four years on the first Tuesday after the first Monday in November. The next presidential election will be November 3, 2020.

The election process begins with primary elections and caucuses. These are two methods that states use to select a potential presidential nominee. In general, primaries use secret ballots for voting. Caucuses are local gatherings of voters who vote at the end of the meeting for a particular candidate.

Then it moves to nominating conventions, during which political parties each select a nominee to unite behind. During a political party convention, each presidential nominee also announces a vice presidential running mate. The candidates then campaign across the country to explain their views and plans to voters.

They may also participate in debates with candidates from other parties.

What is the Role of the Electoral College?

During the general election, Americans go to their polling place to cast their vote for president. But the tally of those votes—the popular vote—does not determine the winner.

Instead, presidential elections use the Electoral College. To win the election, a candidate must receive a majority of electoral votes.

In the event no candidate receives a majority, the House of Representatives chooses the president and the Senate chooses the vice president.

What is a Typical Presidential Election Cycle?

For an in-depth look at the federal election process in the U.S., check out USA In Brief: ELECTIONS.

Contact the White House to request a presidential greeting.

You canpurchase official portraits of the president and vice president online.

Invitations for the White House and All Other Requests

If you would to extend an invitation to, have questions for, or would information about the president, the White House, or the status of a request, contact the White House.

A List of Presidents of the United States of America

This article provides an overview of the Responsibilities of the President and provides a list of Presidents and Vice Presidents of the United States.

Roles & Responsibilities of the American President

The President leads the executive branch of the federal government and is one of only two nationally elected federal officers (the other being the vice president of the United States).

How is the U.S. President Elected?

The president of the USA is indirectly elected by the people of the country through the Electoral College to a four-year term. Since 1951, all presidents have been limited to two terms by the Twenty-second Amendment to the Constitution. Learn more about Constitutional Amendments.

Following is a list of Presidents of the United State of America. As you can see from the list, there have been 45 U.S. American Presidents to date. American presidents are elected to a term of four years and may serve a maximum of two terms (a total of eight years).

However, some U.S. American presidents in the list served for a longer period before the term limitation was put into effect. Also, some of the Presidents on the list only served a year or two of their term due to death in office.

The following is a list of all United States Presidents names in order of service. The list shows the President’s name, the years they served in office, and the presidential party to which they belong.

Note: William Henry Harrison, the 8th President, died after only 31 days in office.

If you have any questions regarding this List of Presidents of the United States, please leave a comment below.

Throughout history, the President of the United States has been one of the most sought-after targets for assassination in the world.

With the heightened state of terrorism and tense foreign relations, many politicians are under constant threat of being assassinated.

Most attempts fail all together, mostly due to the protective work of the United States Secret Service, who is responsible for protecting the first family 24 hours a day, seven days a week and three hundred and sixty five days a year.

To date, there have been 13 failed assassination attempts:

For Trust In The Disappointments Of Life

For Trust In A Special Relationship

For Those Suffering Intolerance For Their Faith

For Those Addicted To Alcohol

For Those Who Feel Guilt After An Abortion

For Those Facing Loss Of A Loved One
headings
×
Рекомендуем посмотреть

For Trust In The Disappointments Of Life

For Trust In A Special Relationship